This has been one of my big problems today and some time ago. When I google “countries list by continent” each website shows me a different list and perspective. Well, I already have a list of the countries I’ve stepped in, however, I never could complete the list of countries per continent as there’s loads of political issues. And, I’m not so updated with the news as I wanted. I’ve been trying my best but it’s not my favourite topic, unfortunately.

If you have read a bit of my story, you probably know that I’ve got addicted to solo travelling since 2012. Since then, I’ve been the countries below:

As you may see, I really consider UK divided in 4, while counting countries:

The only weird one to count was Vatican City as it was in the middle of Rome but according to all Google research it is considered a country and who am I to argue that?

Only after living in Belfast I got to know that there was a division of Ireland. The South was independent and the North was part of the UK. As I always lived in São Paulo and my teenage dream was New York, and as it was my first time in Europe, well, it blew my mind.

Travelling around teaches you good stuff but living abroad makes you really another person. I’m really someone that my “child-self” could never recognise if I’d travelled in time to the future. I’d probably recognise my face as it didn’t change much but my way of being and thinking is definitely unrecognisable.

*** Especially after the past days in which I was very ill in a UCI room at a hospital. Now I’m at home recovering and next week I’m finally back to work, can’t wait. ***

Well, I decided to post this list today as my research of the day was about the continents and countries. I’m now studying about new cultures and new places I want to visit. I want to step one time in each continent at least once and that’s why I was doing this research.

As I am recovering from the illness at home I’m having spare time to think about many things. I was scared at the hospital about my health but it didn’t stop me from thinking about the new countries I want to go.

Now, I can consider that I stepped in 3 continents: America (North and South), Europe and Asia. Hopefully I’ll be stepping in Oceania and Africa as soon as I can. Antartica is way too cold, but I’ll think about it.

Thanks for the visit! 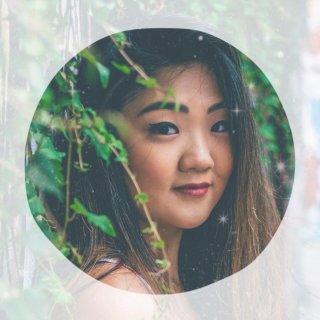 Corina Evelyn is a girl born and raised in São Paulo, Brazil trying to inspire people to travel and explore different places and foods. Finding and reinventing herself in every place she goes. She loves to blog, eat, meet new people and cultures. Check her food and travel Instagram: @kokofortheworld and @corinaevelyn

There was an error retrieving images from Instagram. An attempt will be remade in a few minutes.